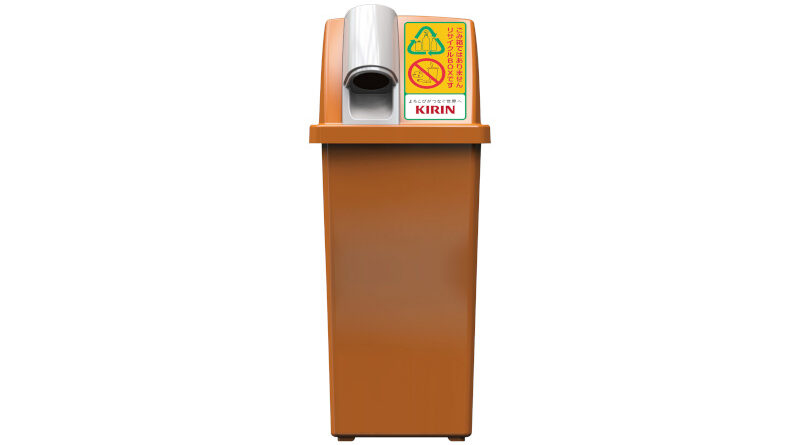 Kirin Beverage Company Limited will start introducing a new environmentally-friendly recycling box with a new function, developed as an industry-wide specification by the National Soft Drink Federation and the Japan Automatic Vending Association. The introduction of these boxes will start in October, mainly in outdoor locations where foreign objects are often mixed in.

Background to the introduction of the new recycling boxes

In addition, the soft drinks industry has declared that it aims to achieve 100% effective use of PET bottles by 2030 and a bottle-to-bottle ratio of at least 50% by 2030. To achieve these targets, the challenges are to ensure the collection of used plastic bottles and to improve the quality of these bottles.

The soft drinks industry has developed recycling box shapes and other features to reduce foreign matter contamination in order to solve these issues, and conducted several demonstration tests in various Prefectures. As a result, a reduction of approximately 30 to 50 per cent in the proportion of foreign objects was confirmed. In response to the reduction effects of these demonstration tests, improvements were made to the 2021 demonstration test model, which was then developed and decided upon as a new functional recycling box with industry-unified specifications.