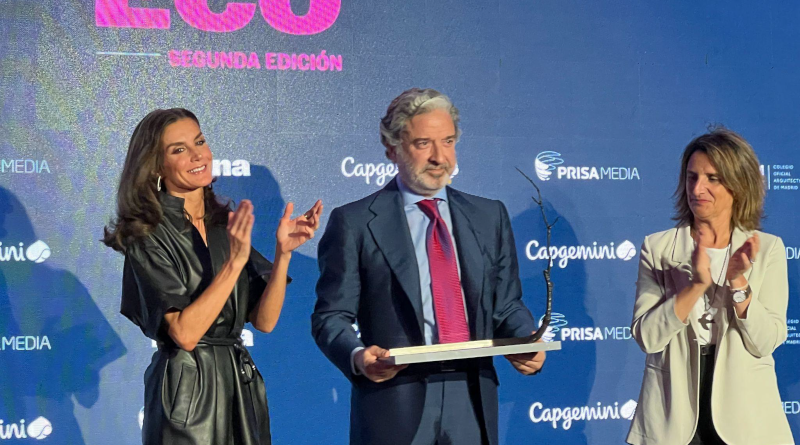 Repetco was awarded with the prize ‘SME for innovation and sustainability’, in the second edition of the Retina ECO Awards, which are in collaboration with Capgemini. This award has recognised the technology developed by the company for a problem that, until now, remained unsolved: the recycling of multilayer PET plastic, very present in food packaging and one of the most difficult materials to recycle.

In addition, the construction of the first industrial-scale plant in the world for the recycling of this type of plastics has added value to achieve this award, since its operating dynamics will be based on avoiding the use of chemicals, reducing emissions and favoring the circular economy thanks to the recovery of raw materials.

Awards with a real and urgent objective

Rafael Sánchez-Castillo Lodares, founder and CEO of Repetco, highlighted the problem facing the recycling of PET plastics: every year in Europe, 1.3 million tons of these plastics are buried or incinerated. “This happens because they cannot be recycled, but Repetco’s technology is going to enable this for the first time.” It represents, therefore, a revolution in recycling and the circular economy.

This edition was presided by H.M. The Queen of Spain and was also attended by the Third Vice-President of the Government and Minister for Ecological Transition and the Demographic Challenge, Teresa Ribera. Ribera, who closed the event with a speech highlighting the value of the award-winning projects, stressed the importance of combining the intelligent use of resources, taking advantage of the technologies available, but “without forgetting the context in which these technologies are useful”.

For their part, the director of Retina, Jaime García Cantero, and the CEO of Capgemini, Luis Abad, also wanted to highlight the relevance of the projects in the fight against climate change and in their commitment to sustainability. “Our commitment to these awards is environmental and planetary, but without losing sight of the other two, because the ecological transition that we live has to be fair, diverse and inclusive, leaving no one behind,” added García Cantero.

H.M. The Queen of Spain; Rafael Sanchez-Castillo Lodares, founder and CEO of Repetco; and the Minister forEcological Transition and the Demographic Challenge, Teresa Ribera.