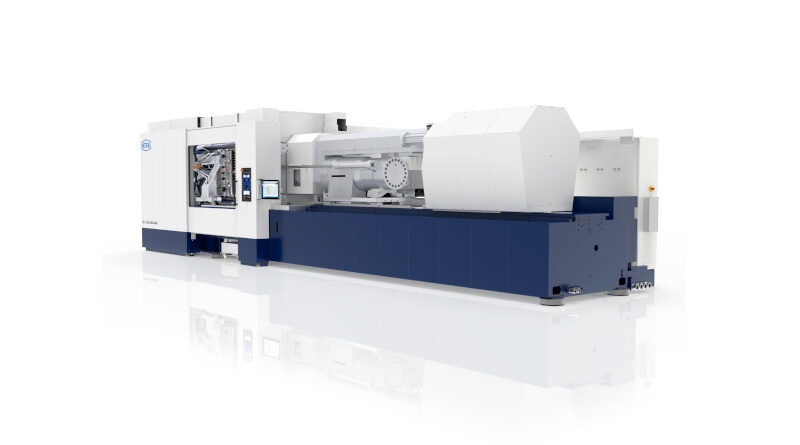 For the first time Netstal will present the new PET-Line 3000 with side-entry producing CSD preforms with a thread for tethered caps. By extending the series, the Swiss company is increasingly establishing itself in the market for preform systems with side removal. Higher productivity and lower production costs are supposed to be achieved thanks to new features.

The market launch of the new series took place in the fall of 2020 with models of 4,000 kN clamping force or moulds with up to 128 cavities. Now Netstal has expanded the portfolio to include variants with 3,000 kN and is bringing a PET-Line 3000-4000 to its booth. The system is suitable for moulds with up to 96 cavities and features a fast lock-to-lock time of just 1.9 s.

“Our strategy of re-sorting the market situation in the side-entry system sector is paying off. With the new PET-Line, we are now winning significantly more new customers than before. The system convinces customers with lower manufacturing costs per preform. To reach further target groups soon, the 5,000 kN model is already under development,” says Renzo Davatz, CEO of Netstal and member of the Executive Committee of the KraussMaffei Group. The new PET-Line 3000 can already be ordered and the first models are already running at customer sites. Nestal will supply separate information on the sales launch of the larger PET-Line 5000 later.

“In the production environment, the new PET-Line was compared with similar machines from other manufacturers. Existing 96-cavity moulds and post-mould-cooling stations were used in the tests. Energy consumption was reduced by 20-25% with the new PET-Line. At the same time, material throughput increased due to the faster cycle time. The customer produced more preforms per unit of time at significantly lower electricity costs,” explains Stefan Kleinfeld, PET Product Manager at Netstal. The energy savings are the result of many developments.

In addition to the latest generation of drives and inverters, the electric toggle without ball screw and adaptive control play a key role. Thanks to the adaptive controllers, the machine independently adjusts the parameters to the process. “The PET-Line learns the weight of the mounted take-out gripper and automatically optimises the driving profiles for fast removal. Furthermore, the machine performs an independent estimation of the mounted mould weight and optimises the movement time for optimal opening and closing movements. Since the drives are always equally loaded in the process, an elevated level of efficiency is achieved and the power yield is higher,” says Kleinfeld.

Since the machine performs the optimisations automatically, only minimal expertise is required on the injection moulding machine for optimum production. Moulds and EOAT with RFID chips are not necessary. Nevertheless, these third-party moulds can be used on the new line without any loss of performance. The simple operation of the entire preform production system is additionally supported by Smart Operation. This feature, which is included as standard, allows all sequences to be freely stored and the entire system to be operated with just four keys. New operators are trained in no time at all and can independently control one or even several lines. Instructions printed on paper are not necessary, as all work steps are shown on the display.

The Cycle Guard also contributes to this by preventing non-removable preforms, so-called short shots, in harsh industrial environments with unstable power grids, thus ensuring maximum system availability. The optionally available safety function permanently monitors the power supply to the injection moulding machine and, if necessary, provides sufficient energy to bridge power failures in the millisecond range. In case of prolonged power failures, the current cycle is completed in a controlled manner. The preforms are finished and ejected from the cores of the mould. Injection for the next cycle is interrupted and the entire system is stopped in a controlled manner. As soon as the power is back, production can be resumed after a short system check. Cycle Guard works without batteries and is particularly low-maintenance and cost-effective in operation.

The integrated Pecolux inspection system from IMD Vista monitors and documents preform quality in real time. Quality deviations are checked in continuous inline operation. The system checks key features of the preform such as the gate and the thread as well as for colour differences, black specs, bubbles and crystallinity. Thanks to the fast feedback and compact integration into the post-mould-cooling unit, this solution is a particularly intelligent and economical inspection routine to produce preforms, claims the company. Users are thus able to document the quality of the produced batches to their customers at any time.

Preform with thread for tethered caps

Netstal is producing 10.5 g lightweight CSD preforms for 0.5 l PET bottles at its booth. The high-performance mould with 72 cavities comes from mould partner MHT Mold & Hotrunner Technology. Partner company Eisbär Trocknungstechnik from Austria handles material preparation and the dehumidifier. The chiller is provided by Swiss company EF cooling. Equipped with a GME 30.40 thread, the preform already meets the EU requirement for tethered caps, according to which from July 2024 caps must remain attached to the bottle after opening. This design is intended for disposable bottles, has venting slots, and reduces the amount of material used on the bottle thread and cap. PET granulate from the Neogroup company is processed, which consists of 25% chemically recycled PET.

The new PET-Line 3000 will be producing at Drinktec daily from 10 a.m. – 12 p.m. and from 2 p.m. – 4 p.m. The preforms produced at the show are later fed into PET recycling so that new bottles will be produced from the material. 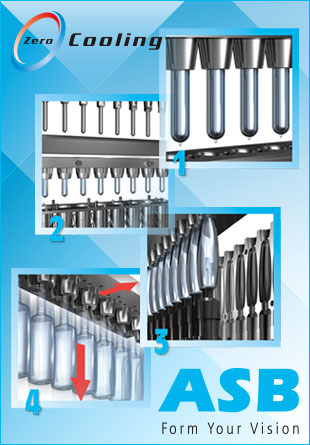 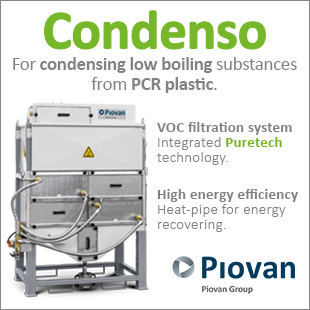 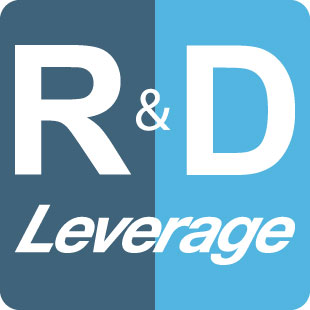